Our cellar house, which stands under an order of historic preservation, was built in 1874, and from the beginning closely linked to the culture of pear cider. It was constructed as a press house by Johann Kirchweger, a businessman, farmer and proprietor of a brick kiln in Öhling. He lived from 1839–1897 and was an extremely influential figure in the region surrounding the market town Öhling. An extremely successful cider producer, he exported his wares even as far away as to Berlin. 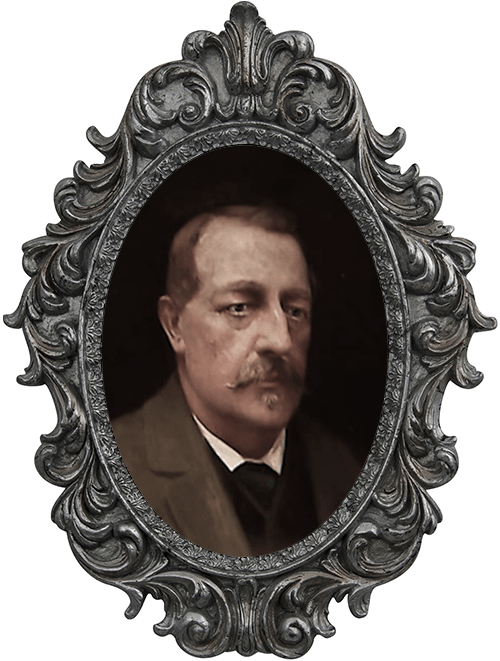 Johann Kirchweger is regarded as a ‘Mostbaron of the first hour’. He inherited the ‘Meierhof’ (a farmstead) located across the way, but had the ramschackle building torn down. During demolition and construction, the workers actually discovered buried treasure – a considerable hoard of silver coins and gold ducats, which had evidently lain hidden there for quite a long time (buried by the ancient Romans, who had a fortress at Mauer). With the proceeds from this find, he built a press house where he could ferment his cider – a cider that was so highly prized that it could at times be exported even as far as to Berlin.In 1897, Johann Kirchweger died without issue, and deeded his entire estate to then-Kaiser Franz Josef. The Psycho-social Centre Mostviertel Amstetten-Mauer was established on his land, a hospital with a marvellous Jugendstil pavilion. When the hospital opened, the Meierhof and our press house were operated as a working farm. The establishment’s patients pressed cider in our cellar house, and raised cows and pigs in the farmstead across the way. The press house remained in operation for more than one hundred years.  But the institute closed down in 1987, and the cellar house stood empty. In 2003, during establishment of the Mostviertel Research Orchard, which is located directly behind our cellar house, Josef had his first look around the old place. He was reminded of a cathedral, and immediately enchanted by it.