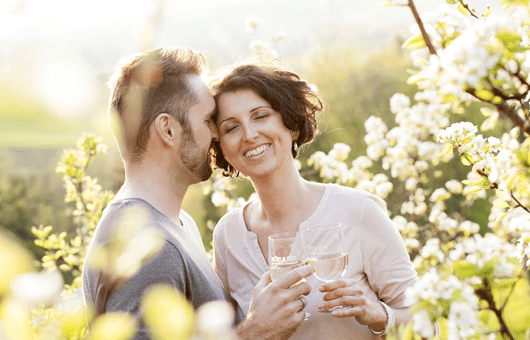 The Mostviertel is Niederösterreich’s land of many temptations. A blossoming refuge of pleasurable pursuits between the Danube and the Ötscher. An exciting contrast between the easy and fertile land in the north, and the wild and romantic Alpine mountain world of the south tempts visitors to widely diversified voyages of discovery, mountain adventures and pleasant family holidays. The Mostviertel opens like a treasure chest, fascinating for its rich history and entertaining anecdotes, with unusual are collections and topographic contrasts. In addition, the Mostviertel is a region devoted to pleasures of the table, and is quite inviting for its multitude of culinary temptations.

Both original and inventive

‘Land of the mountains, land on the river, land of fertile fields, land of cathedrals and land of the hammers, with a rich future in store…’ Those qualities that the Austrian national hymn praises are found as an ensemble in the Mostviertel: from the Mostviertel Alps to the Danube River, from the fertile hill country to Niederösterreich’s ice road. The Mostviertel stands as the cradle of the nation, and is from many standpoints the model for sensitive interaction with natural and cultural treasures. As archaeological discoveries from the Old Stone Age substantiate, the Mostviertel was settled quite early on. At the birth of Christ, the ancient Romans were living in the Mostviertel. Traces of their habitation can still be tasted today, because they initiated the natives into the arts of orchard husbandry and viticulture. 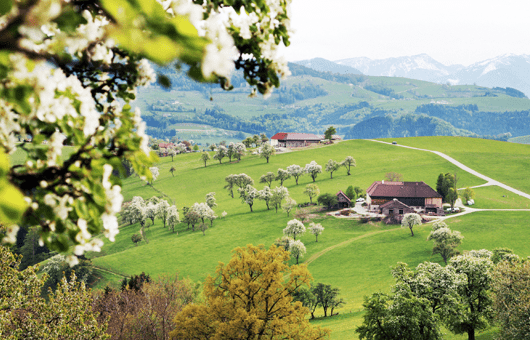 The Mostviertel is located in the west of Niederösterreich. To the north it borders on the Danube River – right across from the Wachau Valley. In the east one meets the foothills of the Vienna Woods. Our neighbour to the west is the state of Oberösterreich, while in the south it’s the Steiermark. The Mostviertel is home to some 407,000 inhabitants. The largest city is Sankt Pölten, capital of Niederösterreich, with some 52,700 residents. Its next largest cities are Amstetten, Haag, Scheibbs, St. Valentin, Waidhofen an der Ybbs and Wieselburg.