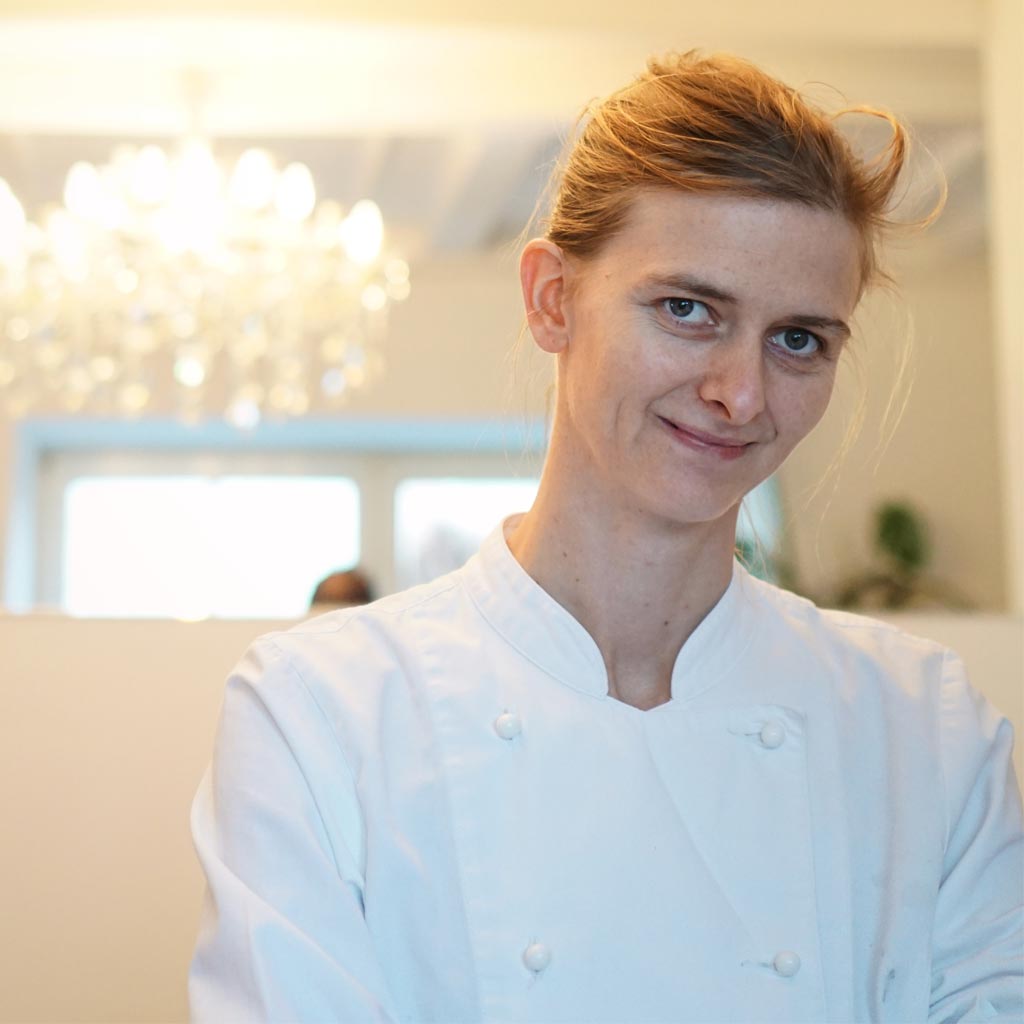 “We both know each other since our childhood, were born in the same place and went to school there. I particularly like to remember the end of a summer school day, because at that time the students led the first way to Palmerl ‘on a soft ice cream, “recalls Doris Farthofer.

Ever since the Gasthaus zum Palme in Neuhofen an der Ybbs was awarded 2 toques by the Gault & Millau, Theresia Palmetzhofer is on everyone’s lips with her restaurant. In the interview, the former sous chef of the famous Viennese chef Konstatin Filippou talks about what brought her back to the Mostviertel and how she became aware of the organic schnapps and liqueurs of our distillery.

In various media was to read that you have cooked for years at home and abroad. You also worked for a while in Vienna alongside the famous chef Konstantin Filippou. What has suddenly brought you back to the Mostviertel?

It has always been my great goal to take over the operation at home sooner or later. It was then just the time fit. I wanted a change and saw it as a new challenge for me. And so I am back to the countryside and back to my roots in Neuhofen an der Ybbs. 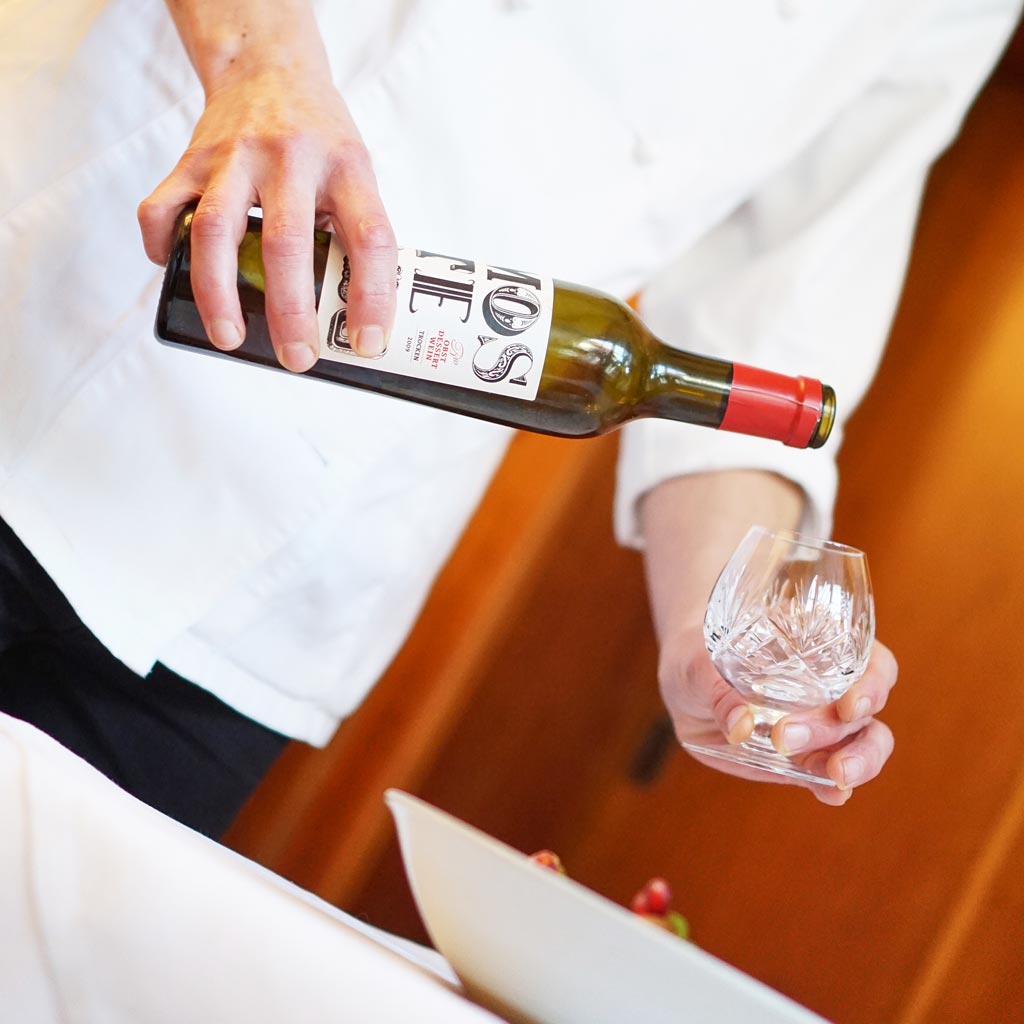 If you compare city and country, do you think it’s harder to run a restaurant on the land?

I would not say it’s harder in the countryside. Clearly there is a lot more choice of restaurants in Vienna and of course the competition is huge. The whole thing makes it in my opinion in a city not so easy. So we have it easier here in the country.

In your experience, is the audience in the countryside just as enjoyable as one would expect in the city?

There are a lot of people in the country, for whom the topic of enjoyment is very important and we also see that with our guests. In general, we have many guests from the country, but also many from the cities such as Vienna or Linz come to us. Recently, even guests from Graz were with us.

In the new Guide Gault & Millau, your restaurant has been awarded 2 toques. Does this award play a big role for you? Does that change anything for you?

No, that does not really matter to us. Of course, we are very happy about the 2 toques, but we will not change that much. We want to carry on as before and in detail maybe even more professional. But that does not mean that we are changing our business or our philosophy. To put it in a nutshell: We will not do a stiff service now. We still want to be a relaxed company.

Are the 2 hoods noticeable in the customer frequency?

Yes, of course there are many more curious people now. Many read the reports in the media and then visited us. We notice that already. But as I said, we continue as before.

How did you come up with a selection of our organic schnapps and the Mostello in your menu?

The story is actually quite banal. I became aware of the Farthofer distillery’s Facebook page that there is a new product with the Leopold Sloe Gin. Shortly thereafter I went to Öhling and bought the Sloe Gin. I also came across the Mostello and tasted it. Since then, we have these two products on our map and incorporate the products in some of our dishes. In addition, we also have the O • Gin from the distillery Farthofer.

Why did you just land with our organic schnapps and liqueurs and what do you particularly appreciate about it?

As simple as that is, but I think the distillery Farthofer just makes good products. On the one hand, it’s simply the great quality that we value. On the other hand, regionality also plays a big role for us. In addition, I am fundamentally convinced of what the distillery Farthofer produces. If I have a little more time again, a tasting would be interesting again. I would like to supplement our card with Farthofer schnapps.

You briefly mentioned before that you z. B. our Mostello also used in your dishes. What do you make of it in the kitchen?

For example, we currently have goose liver as an appetizer. The goose liver is marinated with your mostello. Also for desserts such as pyres Mostello fits perfectly. 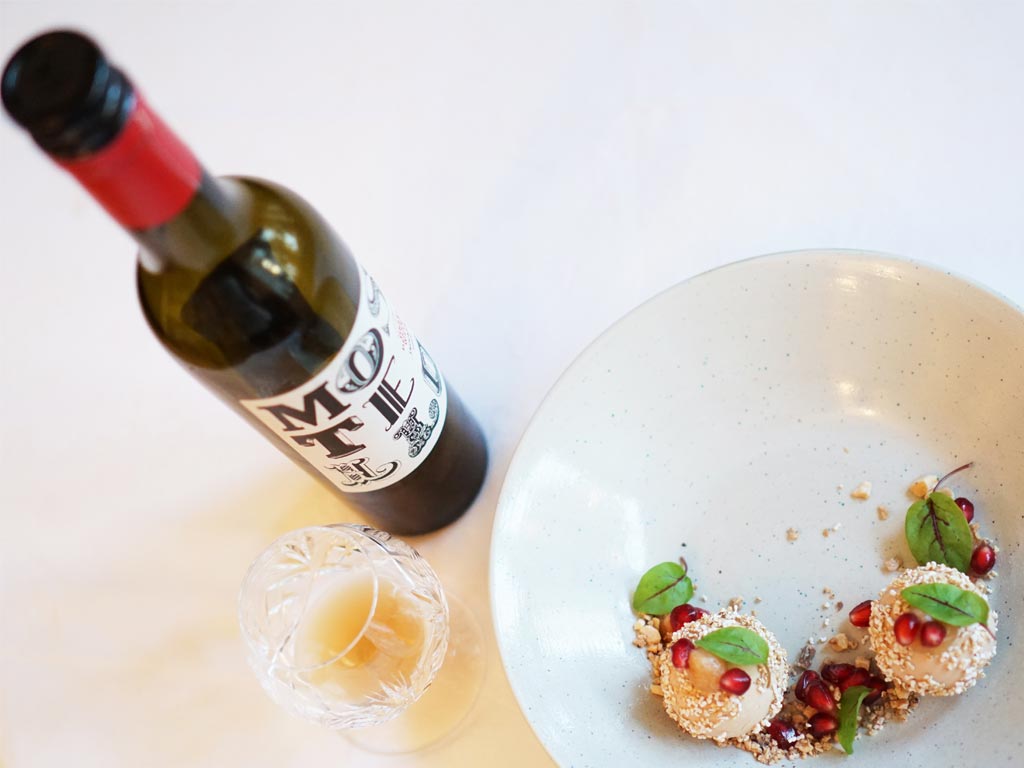 How do you use the other spirits from us?

We like to drink the O • Gin classically with cucumber, pepper and Fever Tree Tonic. With the Leopold Sloe Gin we have now created a new aperitif. Together with apple currant juice this is a great combination and is very well received by our guests.

What do you think of first when I ask you about the distillery Farthofer?

Actually, the O • Vodka. I became aware of this during my time as a cook in Vienna. At that time I noticed that you won big prizes with the vodka. Besides, we are originally from the same place, from Neuhofen an der Ybbs.

Finally, I have to ask, what do you enjoy most?

I like to drink gin. Best after the meal, refined with pepper and cucumber. Thank you for the interview! (The interview was conducted on November 29, 2017 on the occasion of a delivery Mostello in the Restaurant to the palm.)

About the Inn to the Palm

Theresia Palmetzhofer comes from Neuhofern an der Ybbs. Growing up in a parental tavern in the same village, she later worked with her mother as an ice cream shop and café. Theresia went to Vienna in 2009 to learn how to cook. First, they made their way to Novelli, where she worked as Sous boss of Konstantin Filippou. Later she followed him to his new restaurant. Furthermore, she completed a few months with the Basque world star Juan Mari Arzak. In 2015, Theresia returned to the Mostviertel and now leads the parental tavern under the name “Gasthaus zur Palme”. The kitchen was awarded two toques by Gault & Millau Austria in 2018. More information about Gasthaus zur Palme can be found online at www.gasthaus-zur-palme.at.